When Dave retired in the spring of 2014, we started looking at historic homes on the Eastern Shore. We saw a listing for Beverly right away, but discovered that it was already under contract! Dissapointed that we didn't even get to visit, we continued to look and came across another period home in Cambridge, Maryland, named "Glasgow". Glasgow had been built somewhere around 1792 and was also of the Federal architectural style, but had a newer wing added in 1921 that replaced an original wing. That wing was moved a few lots away and turned into a single-family home. 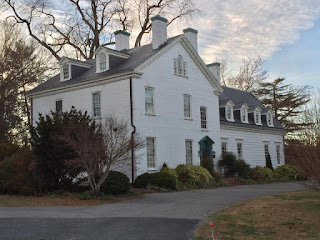 Glasgow is on the National Register of Historic places because it is associated with a famous diplomat, Thomas Vans Murray. Although various stories place him as the owner of Glasgow, from what we can tell, his nephew was the owner. Glasgow became a bed and breakfast inn in the 1980's and was a popular place for competitors and spectators of the Ironman triathlon events held in Cambridge twice yearly. When Dave purchased it in the summer of 2014, it had been vacant and on the market for a few years. The park-like lot just a short distance from the Choptank River makes it a lovely place to sit and watch the sailboats go by, or watch the power-boat regatta every summer. 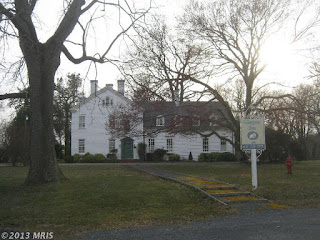 We set about cleaning up the neglected yard and taking down fallen trees and stumps from a major storm that had knocked down over a dozen trees a decade earlier. Dave's 18th century American furnishings fit perfectly into the elegant rooms and halls, and before long we held an open house to announce our arrival in the community. Cambridge is a very welcoming place where we found many other "come-heres" from the DC area who had also discovered Cambridge as a perfect retirement or second-home location. We also met most of the local "from-heres" who have preserved the waterfront and historic district as an example of the Eastern Shore's timeless beauty.

Much to our surprise, Beverly came back on the market in the fall of 2015. We initially decided to visit out of curiosity. I should have known that Dave would fall in love with it, and he did. Beverly's wide halls and high-ceilings made Glasgow appear like a petite younger sister. I think the expansive farmland and forest also attracted us and made it feel like it was isolated in time and place. We closed on it in the spring of 2016, even before Dave had finished the renovation on his Annapolis house. While he spent much of his time and energy getting that house sold, we also began to prepare Glasgow for market as well. Because we felt that Glasgow showed well as a period home with its furnishings, we had a 360-degree tour photographed so that the interior could be frozen in time and be used to interest buyers like us who envision themselves in a restored historic home. You can view the tour here or see it below. Moments after the camera stopped filming, the moving trucks arrived to begin the transition to Beverly! 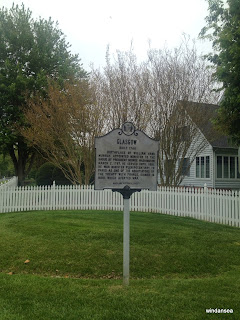 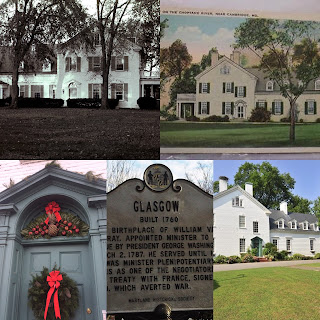 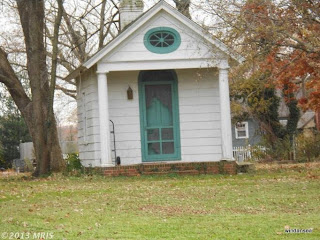