When we first saw photos of Beverly we were impressed with the wide halls and high ceilings. Dave loves some crown moldings, and hasn't met a paneled wainscot he didn't want. So he was eager to see the interior and discover if it was original or "renovated." While this girl is all about the renovations that make modern living possible, Dave is all about preservation and restoration to original. So he was pleased to see that although the interior of Beverly dates mostly from 1938, it had been restored to the original after an arson fire. Not long after moving in, we got a packet of photos from the previous owner who showed us the extent of that fire. We also had a woman get in touch with us whose grandmother had grown up in the house- a Catlin daughter. She sent us some old (pre-fire) photos and a hand-written description of the house- which also mentioned the hidden "room." (I think us modern types might just call this a closet!) When I first discovered this house, it was through a listing on "Old House Dreams" and the comments included a discussion of painted vs. unpainted brick. We though that the house had been painted at some time later in the 20th century because a National registry application (1976) photo showed it unpainted, but we now know that photo was from before 1937. Dave went to the Maryland Historical trust and looked at negatives and originals in the file and got the date from the back! Also, one new article I read mentioned that the exterior brick had been so damaged by the fire that they coated it with concrete and painted it. What do you think? 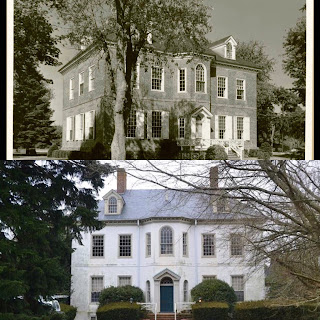 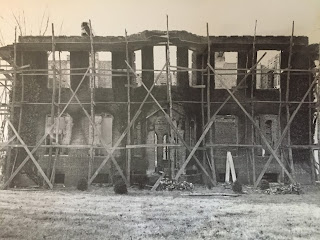 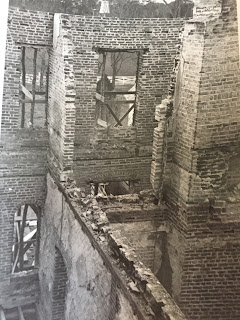 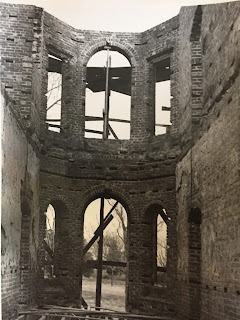 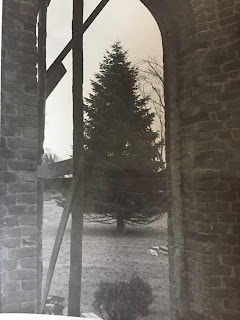 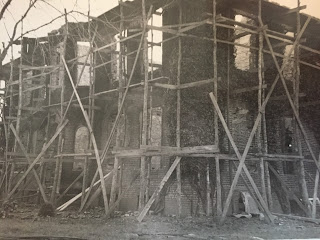